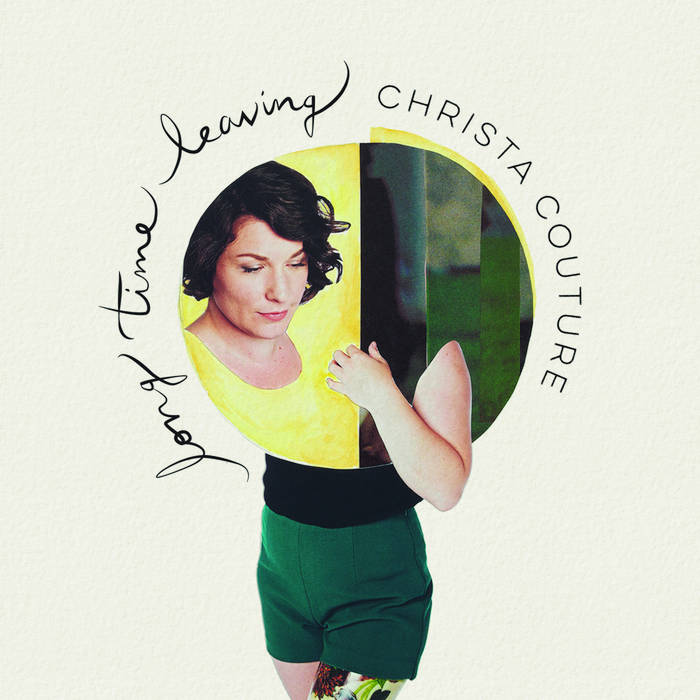 LONG TIME LEAVING is available through Black Hen Music
www.blackhenmusic.com/album-long-time-leaving and on iTunes!

For most musicians, the break-up album is the quintessential songwriter cliché – bringing with it the burden to eek out some kind of originality from an oversubscribed muse.

But for award-winning indie artist Christa Couture -- whose first three albums reflected on her teenage battle with cancer, the loss of her left leg to the disease, and the deaths of both of her young children under separate circumstances -- the opportunity to write songs about such ordinary heartache seemed like a welcome reprieve.

On the Steve Dawson-produced Long Time Leaving, Christa offers a truly unique take on the topic thanks in part to a long and complex relationship with grief that’s given her rare insight into its nuances.

It is at times an album to sing along to, even an album to do housework too (!!) – something Christa was striving for – and an album about continuing to move forward in the aftermath of tragedy.

Case in point is “When it Gets Dark Again,” a compassionate ditty with an “Ooo ooo ooo” chorus, about the times when binge-drinking is a perfectly understandable and forgivable response to pain.

“Zookeeper” is a darkly amusing, musical theatre-influenced escapade that compares the process of couple’s counseling to that of a zookeeper tending to wild animals.

“In the Papers” is a clever, fictionalized account of that feeling when you know everyone’s talking about you.

And the album’s opener, “The Slaughter,” is a wistful melody with lush vocal reverb in which Christa describes post break-up dalliances with both women and men – and ponders queer identity, lust and exploration.

The collection seems effortlessly cohesive as Christa’s expansive vocals and singular writing style provide the foundation for an array of arrangements – ranging from the sprightly, minimalist “Aux Oiseaux” to the twangy “Alone in This.” The latter is Christa’s “Nashville breakup song,” in honor of the city where the album was recorded.

Juno-winner Dawson not only produced the album but also contributes as a musician, adding pedal steel Weissenborn, ukulele and electric guitar. The top-notch band is rounded out by Blackie and the Rodeo Kings’ rhythm section: John Dymond (k.d. lang, Bruce Cockburn) on bass and Gary Craig (Jann Arden, Anne Murray) on drums. Famed Nashville-based fiddler Fats Kaplin also makes an appearance on the coquettish “Lovely Like You.”

Bandcamp Daily  your guide to the world of Bandcamp

Featuring appearances from Kari Faux, Bluestaeb and and interview with NY-bred artist Wiki